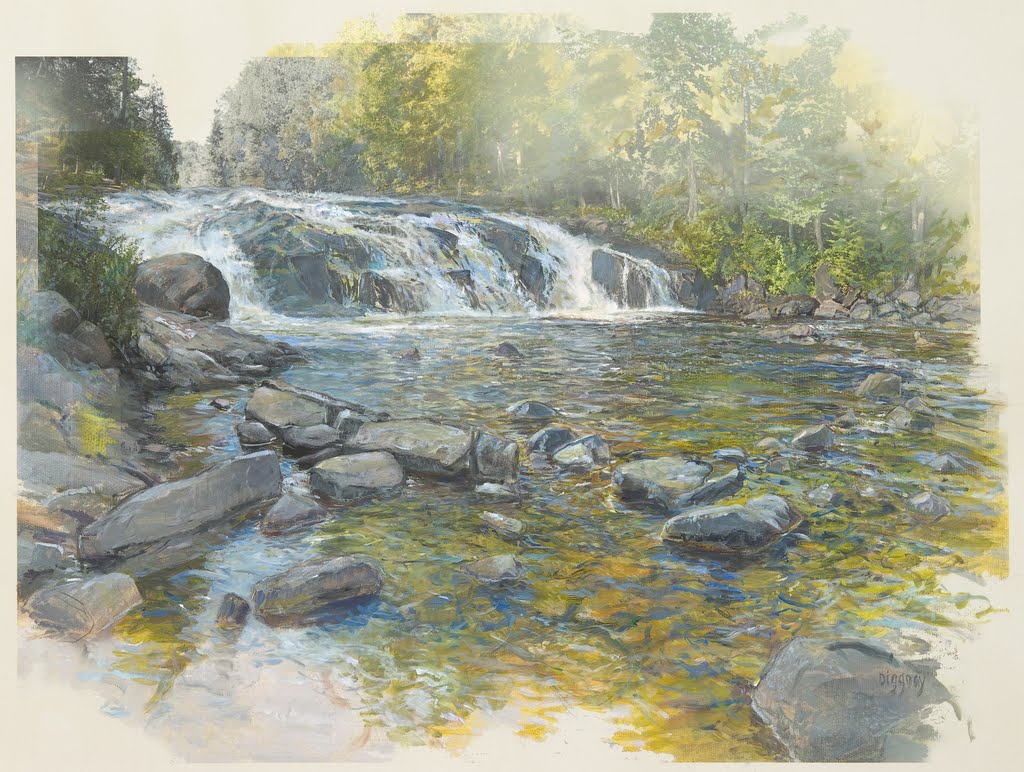 I worked on Swimming Hole in the same time period that I worked on the related artwork, Flat Out.  Look first at the narrative for Flat Out for a discussion of the location and the digital manipulation to prepare the print on which I painted. 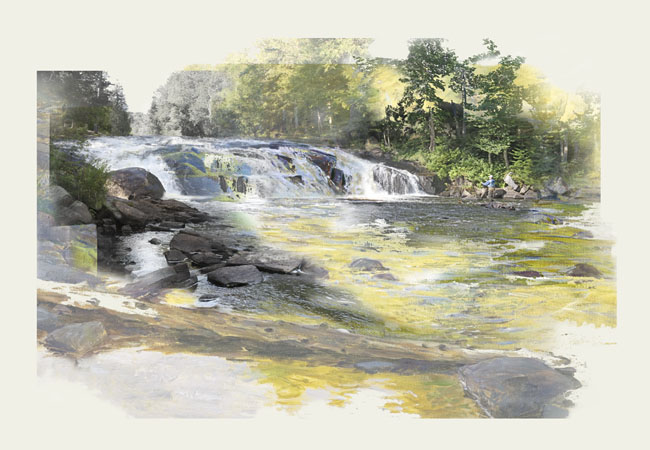 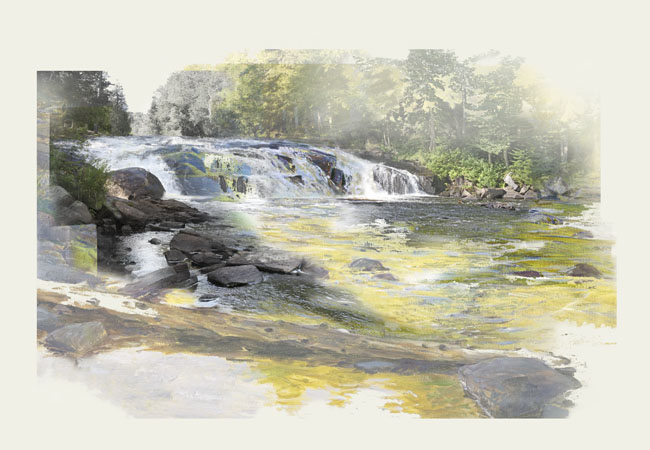 Below is a close up view of a section of the print stage with some details from a photograph of the location and other details from an on-site painting. 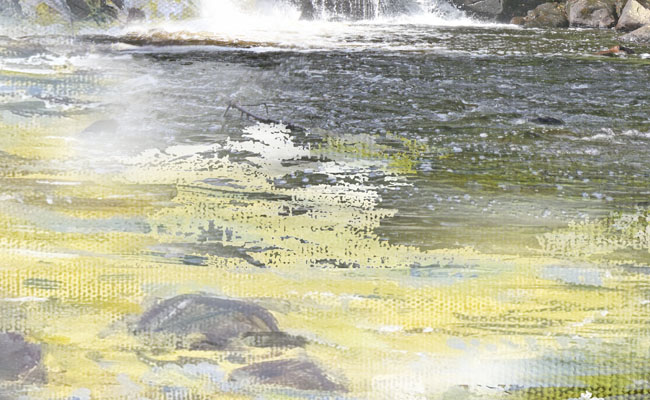 In the development of Swimming Hole I decided to bring more light into the middle and foreground. I eventually included three tiny figures, a swimmer whose towel is on the flat rock and one figure on each side of the upper stream. The focus remains on the foreground, which was repainted a second summer at the falls, in 2013,and periodically through that autumn.