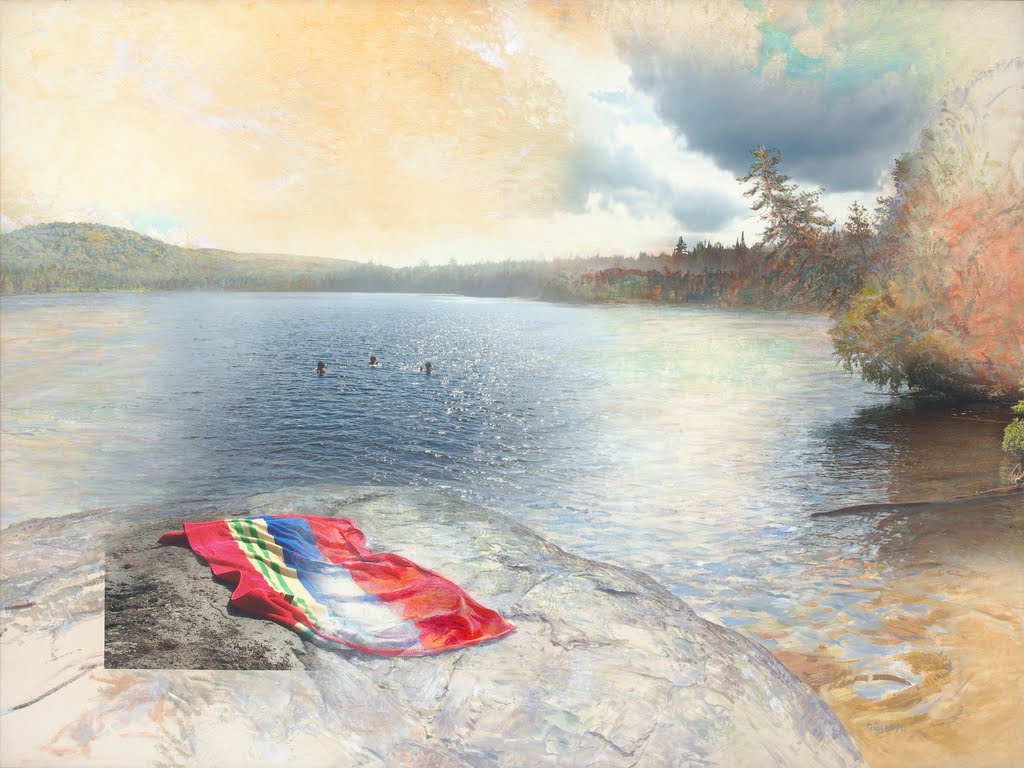 In the summer of 2010 I took a photo of a towel hugging the surface of a large boulder on Sand Pond in the Adirondacks. I liked  how the ripples of the towel echoed the waves of both rock and water; pattern meeting pattern. I knew that I would like to use it somehow in an artwork. 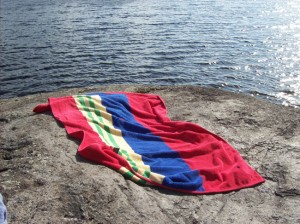 A year later,when I was about to return to the location, I went through several steps to prepare a print to take with me to the site so that I could add details from observation.

To create a believable space, I looked over my photos and collaged several together, adding in a leaning tree that was from another location on the lake. 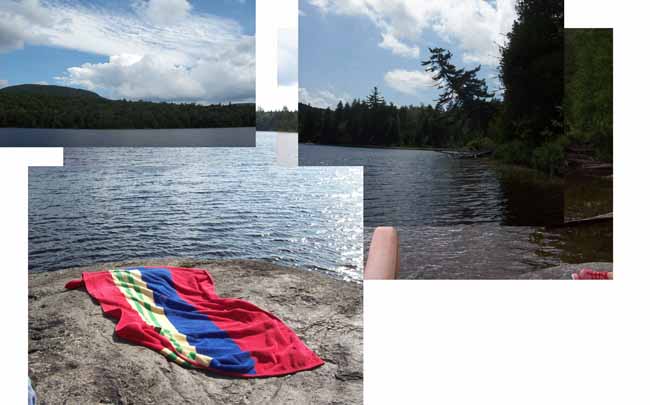 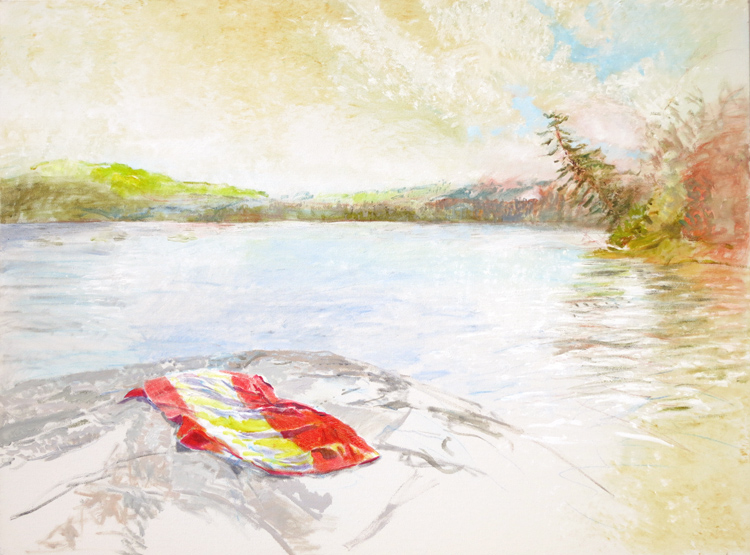 I photographed the study and printed it at a smaller scale (12 x 16″) that I could take to the site.  While sitting on the boulder I worked mainly on the patterns within the the water and rock. Below is a photograph of the small study after painting most of the afternoon. 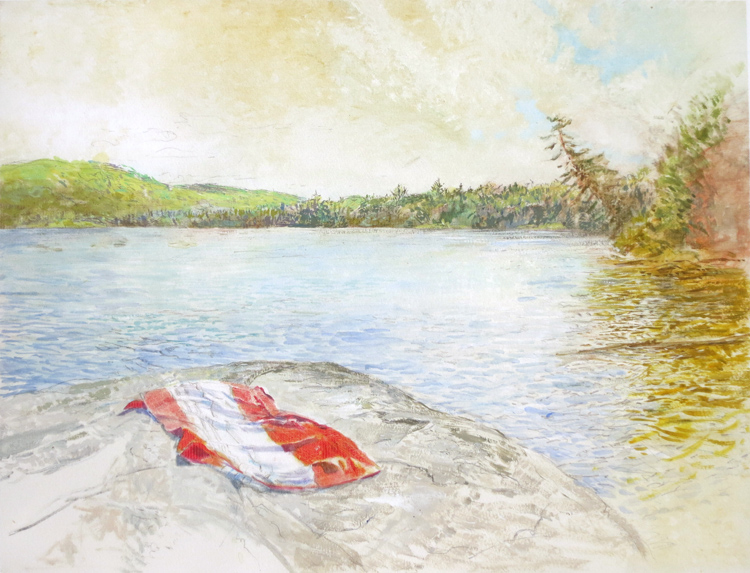 While I was painting, friends went in for a swim and I later used that photograph as part of the hybrid image. 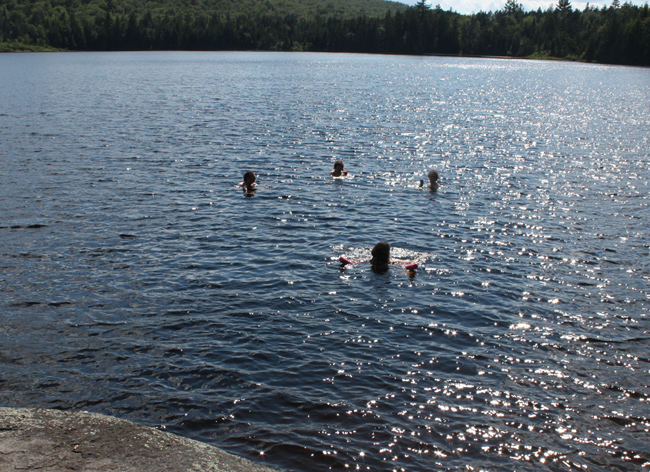 Back in the studio I used a high resolution photograph of the large study seen in step 2 as a base layer in Photoshop. I wanted to have large open areas to later paint on, so I didn’t use the small on-site painting for that layer.  I then added sections of the site photographs on different Photoshop layers and spent time digitally manipulating the details within the various layers and the relationships between the layers. The layers of photographs are combined in one layer below, with the white indicating where the layer is transparent, allowing the base layer of the painted image to show through. 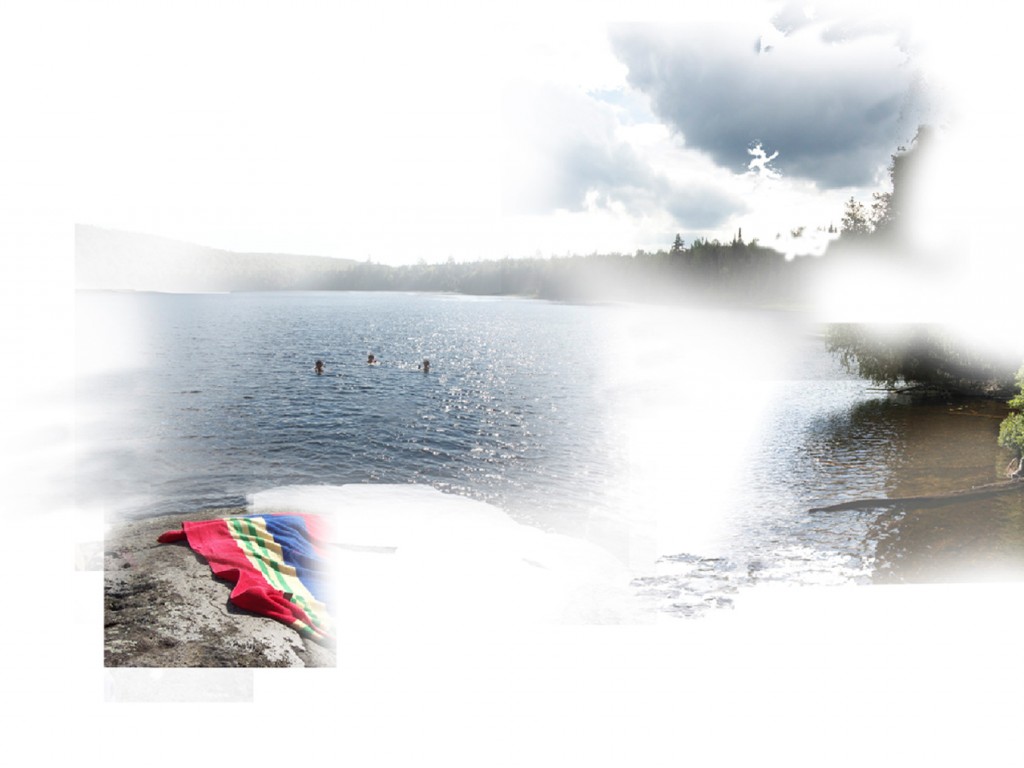 Eventually I had a large version (shown below) printed on canvas 36×48″. 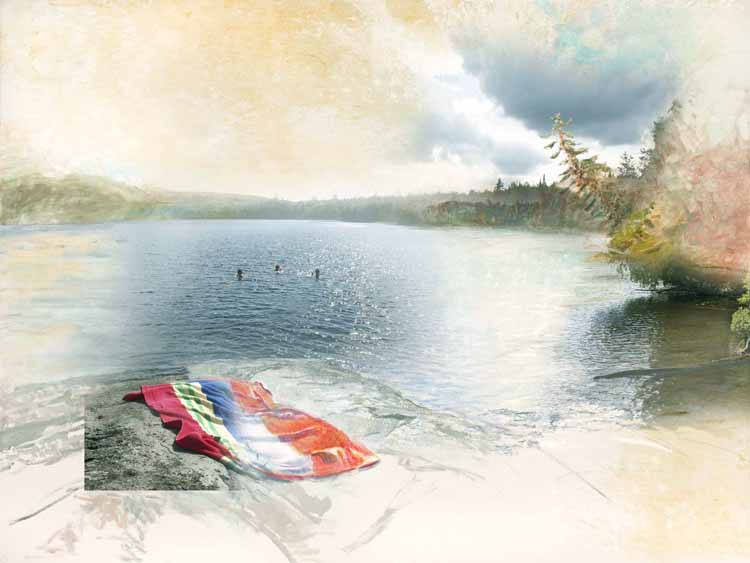 To reach the final stage below I painted with acrylics on the large print. To guide my progress I used reference photographs, the lakeside study and my prior experiences of painting landscapes. I worked to visually carve out the space in some areas and manipulated the transitions between large and small details.