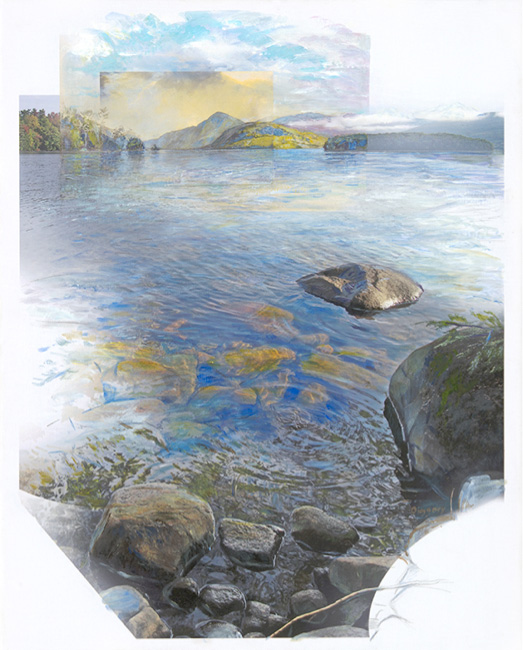 The view from Homer Point on Lake George that inspired Shoreline Retrospection is one that I spent many years contemplating before creating this hybrid work. My ongoing research into the painting locations used by John Frederick Kensett in the mid-19th century, and in particular this view for his Lake George, 1869, at the Metropolitan Museum, made me see the lake through his eyes. And only after the many years leading up to the publication of part of that research, in the Metropolitan Museum Journal in December 2013, did I finally create a piece that is about the ways of seeing the view, his and mine.

Seen in the far distance is a partial image of the Metropolitan’s painting (seen below), which replaces the center of an image of one of my on-site paintings (untitled 18×24″) whose brighter colors intrude on the image of the Kensett. 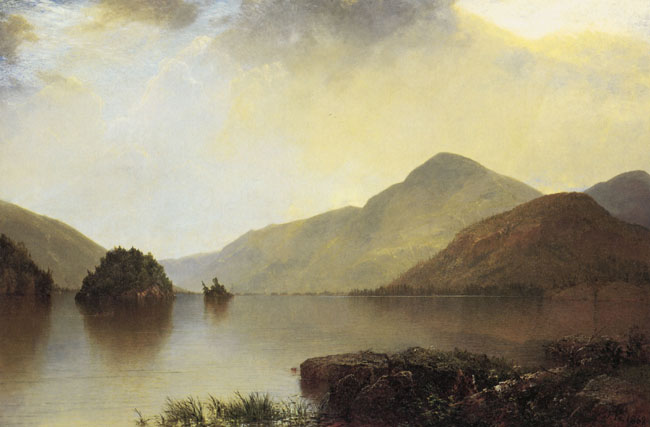 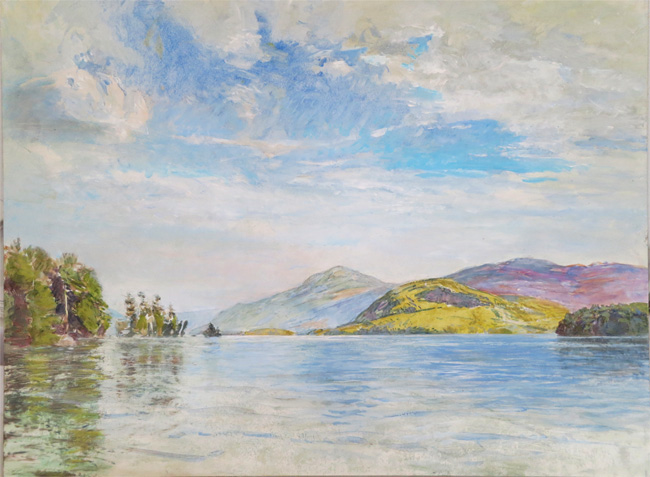 Much of my research analyzed Kensett’s foregrounds, which he always placed much higher in the composition than can be seen on location. In Shoreline Retrospection I left a faint indication of where his foreground was placed, painting over it with much lighter paint

In working out the hybrid I first attempted a horizontal image, but abandoned it for several months while I was finishing some other artworks. 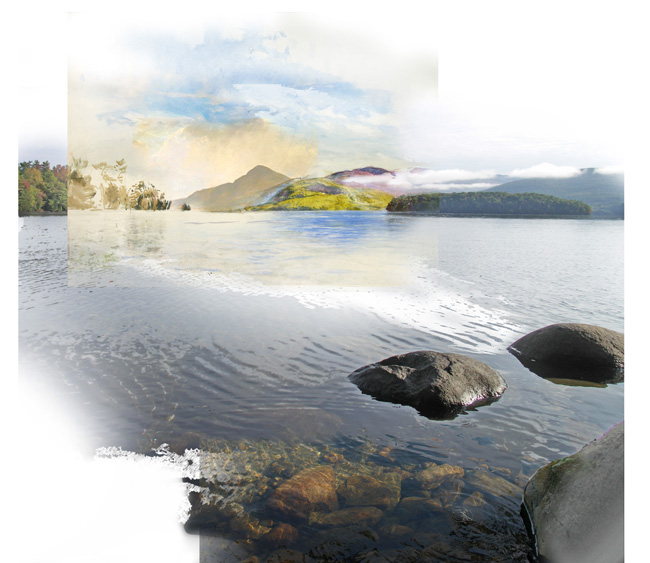 I switched to using a vertical photograph for the base layer that emphasized even more the contrast between the far distance and the foreground. 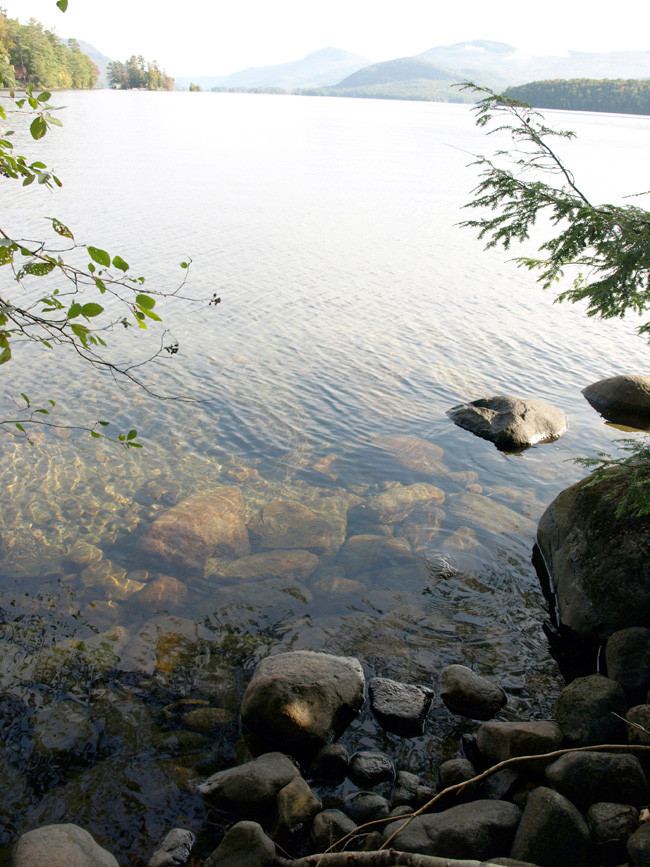 Below are first the print and then the final painted hybrid. 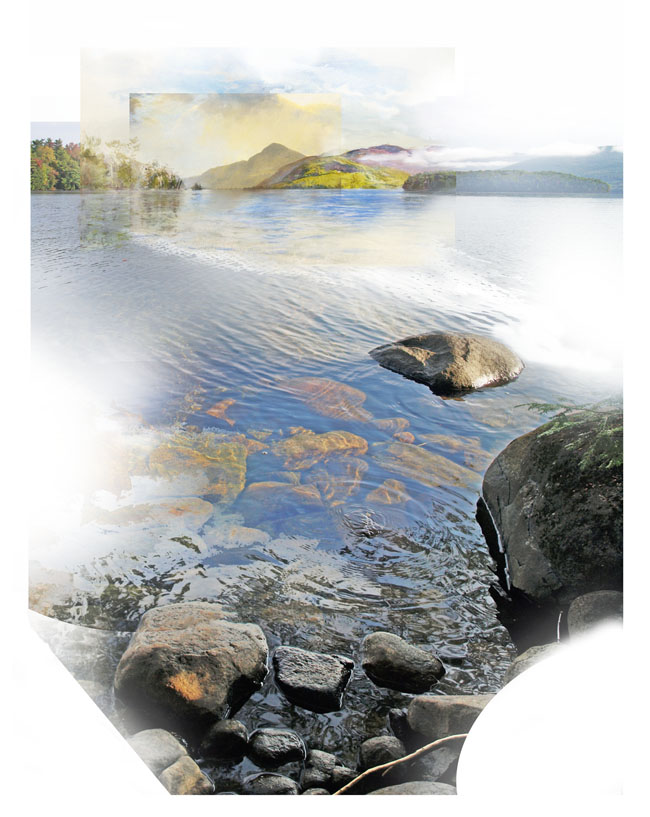 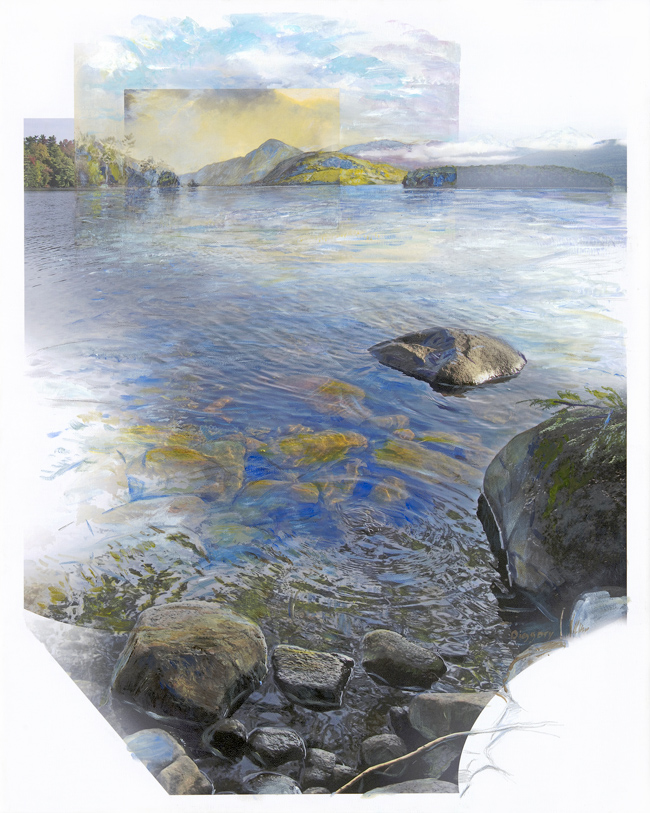 On October 19th at 2 pm I will be giving a lecture at The Hyde on the artistic choices Kensett made at Lake George and the ones I make in my own work.