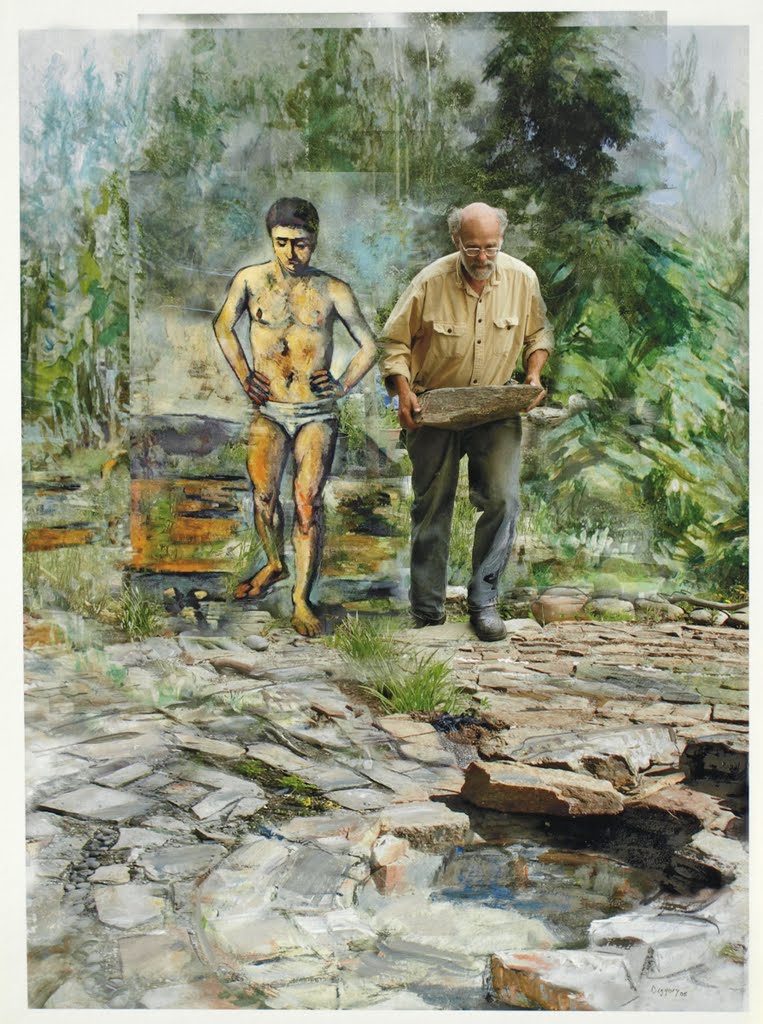 This work uses what is often called “appropriation,” or re-using material created by someone else, in this case Cézanne, one of my favorite artists. I had wanted to do a piece about my brother Steve, who was working on the final central part of his stone labyrinth at the same time that I was painting the labyrinth in the context of his property in Fairbanks, Alaska.

My on-site painting included him in the background, and part of the bottom 1/2 became the base layer in Photoshop for Art Entrance.  (Alaska Labyrinth, 24×18″) 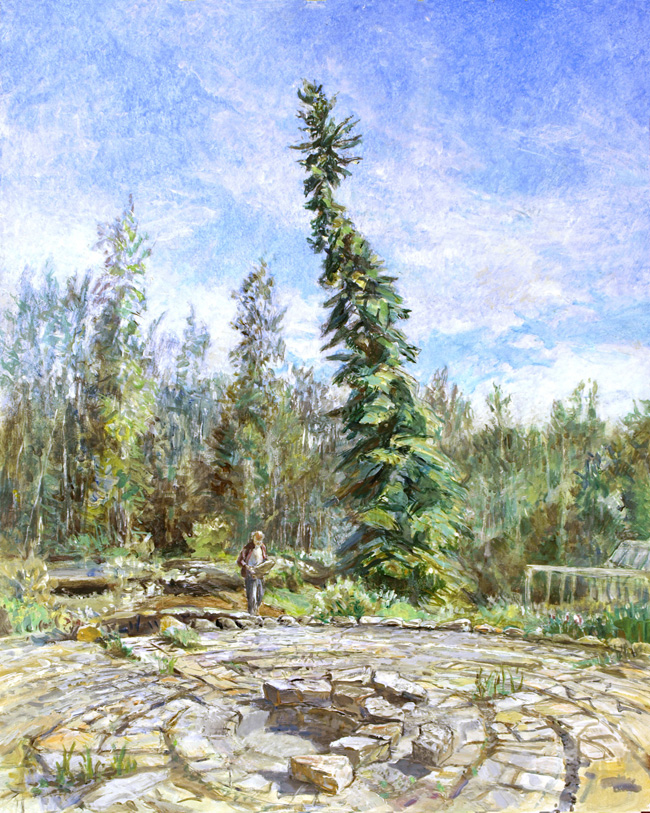 I photographed him while he worked, carrying the stones, and then asked him to pose right at the entrance to the labyrinth in a pose that in my mind echoed the Cézanne painting that I knew very well.(The Bather 1885 oil on canvas, 50 x 38 1/8″) 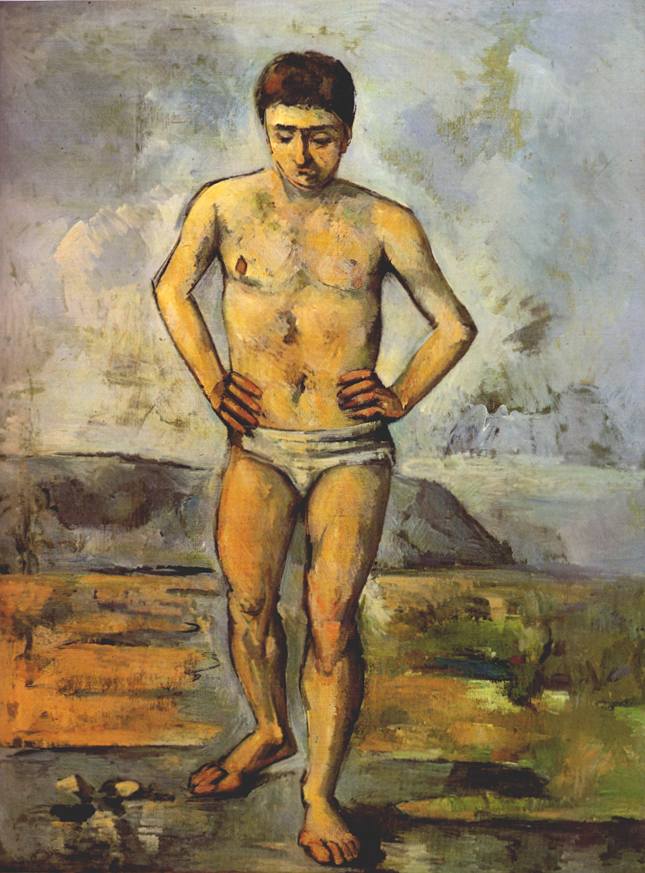 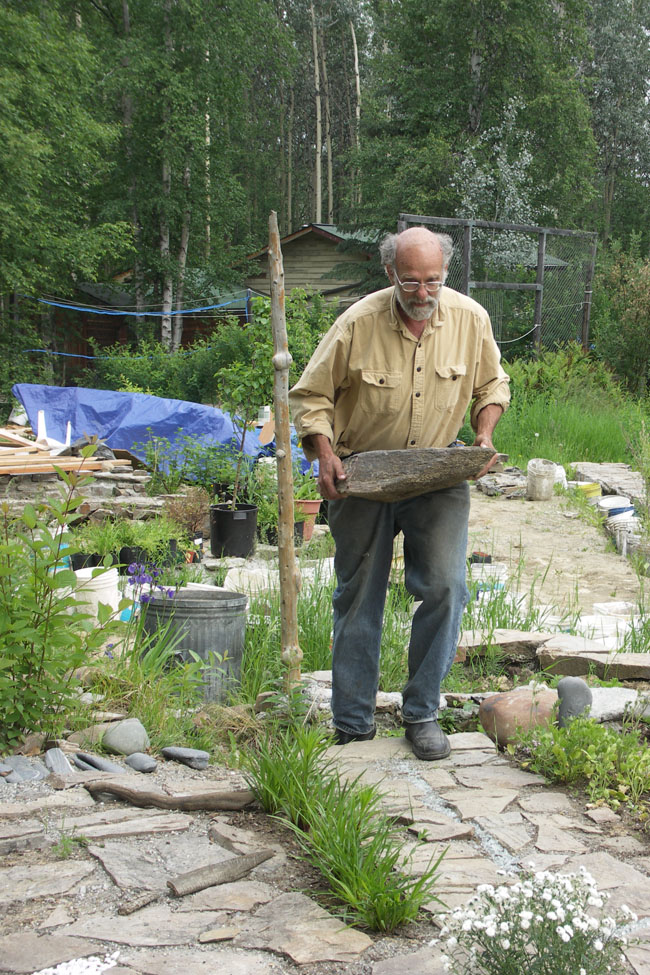 I have always thought of Cézanne’s figure as pausing between thought and action, caught between abstraction and physicality, almost stepping from art into the real world.  I saw my brother as doing the opposite, stepping out of the everyday world into art as he built things with heavy stones as a way of coping creatively with the heaviness of recovering from a heart attack. I realized later when I paired the two figures that it was wonderful that Steve’s shirt echoed the flesh tones.