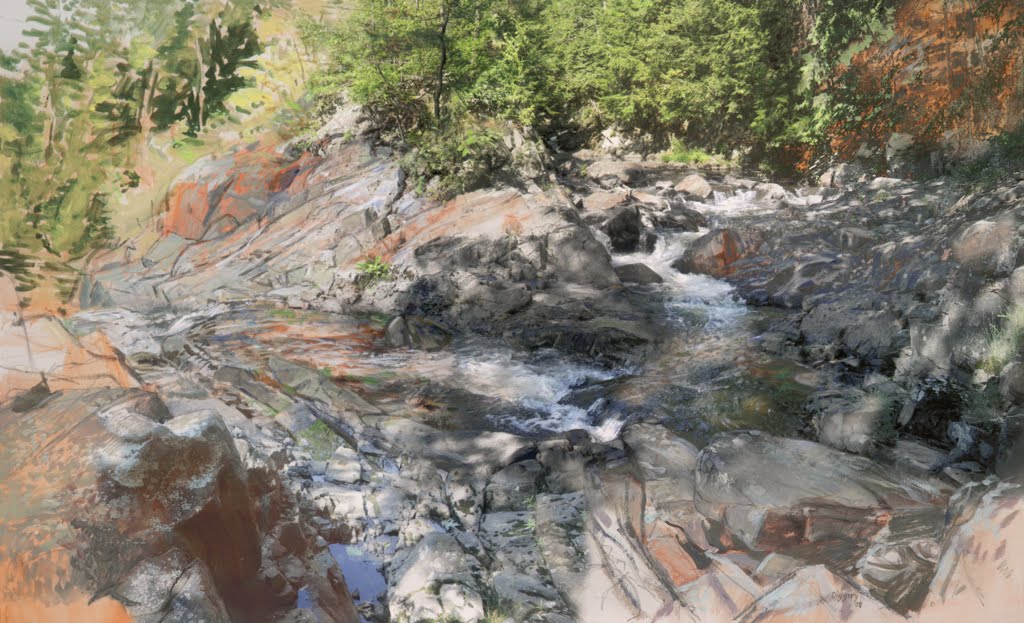 In 2007 and 2008 I created 12 artworks in a series called “Change of Course.” They are all based on the same bend in Northwest Bay Brook, just north of Bolton Landing on Lake George.

I completed a painting of the complex scene and worked on several that were spinoffs of it.  This is From the Center  2008, acrylic on canvas, 36 x 60″ 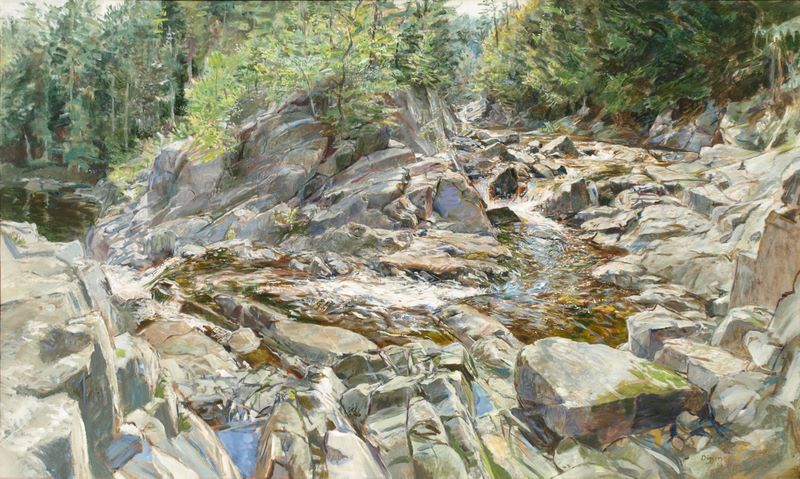 I then reproduced on canvas a  photograph of the early stage of the painting and developed it as a very loosely painted  image: Swirl 2008, acrylic on Epson print on canvas, 36×60.” 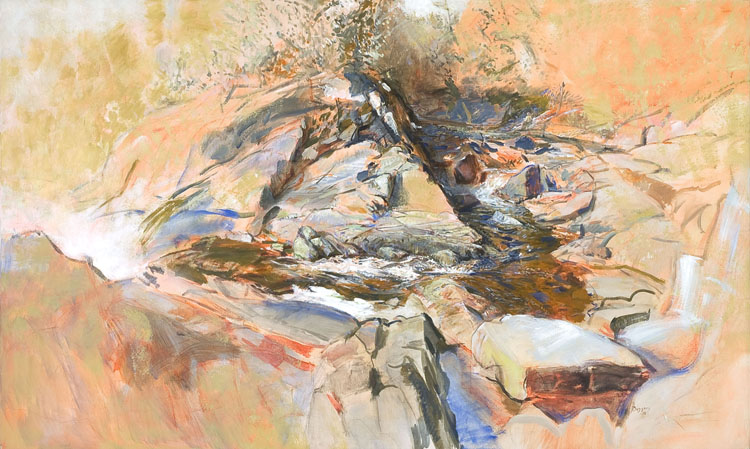 I took sections of those first two paintings to create a hybrid image with some photographs. I printed out two small sections and then painted on them at the stream. (Letting Go  and Flow) 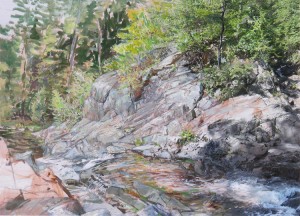 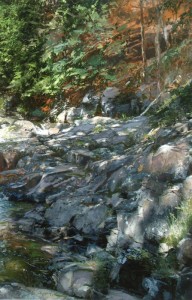 These new hybrid versions were then scanned and used as layers in Photoshop over a photo of From the Center when it was half done. I aspired to get the paint and photographic detail to spin around together, mimicking  the energetic flow of water and light. I tried a small version first:

And then the larger one that is in the exhibition, inserting higher resolution photographs and closing off the distant space slightly. 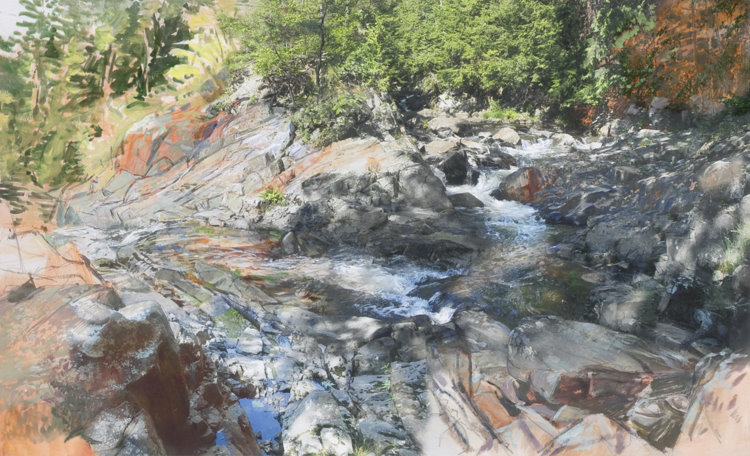 Most of the work was done prior to printing, with only about 10-15% of the surface receiving actual paint.