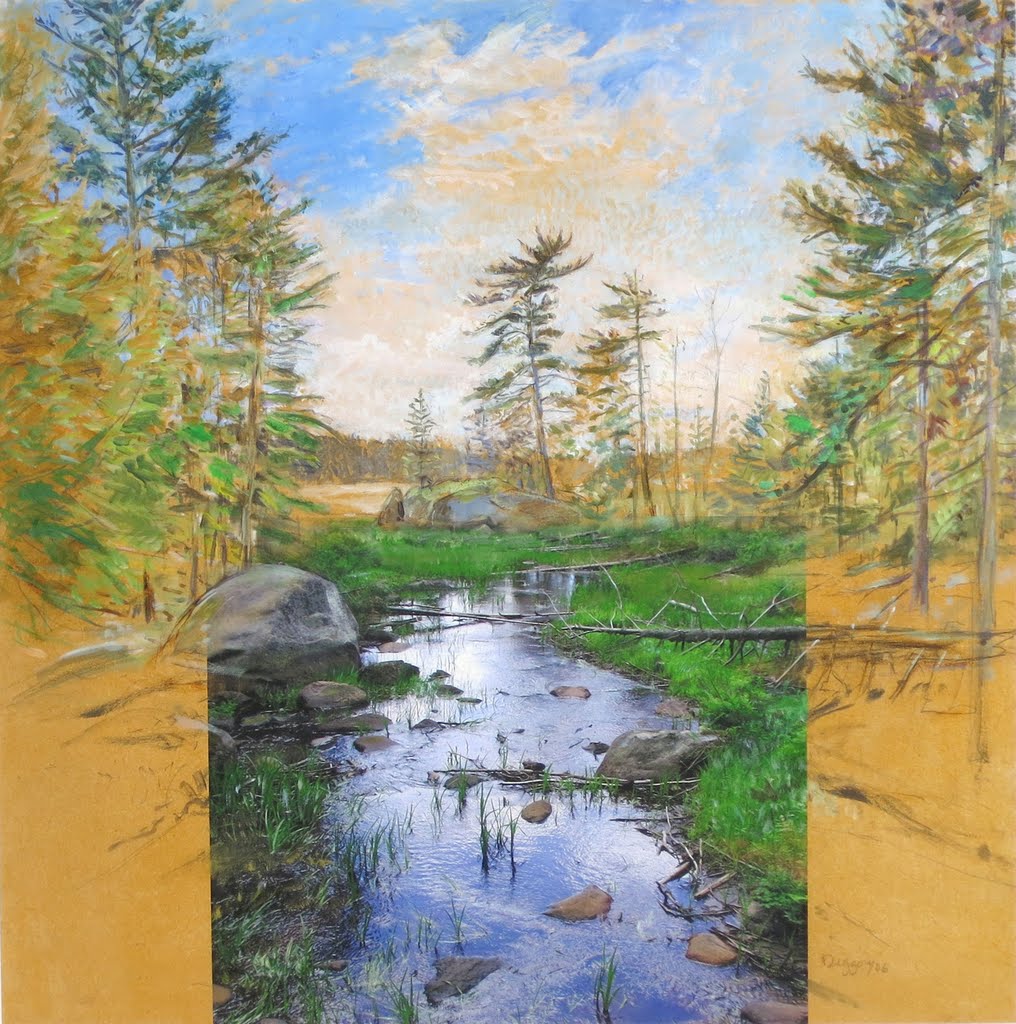 My first work that includes elements of photography is Opening:  Barnum Brook II, based on a scene I had been painting at the Paul Smith’s Visitor Information Center. I was in the studio contemplating the half-completed plein air painting on a wood panel in which only the middle ground and distance had been described.  To  try out several versions of a foreground stream before returning to the site to finish the painting, in Photoshop I layered a photograph of the stream over a digital image of the painting and was amazed at the resonance created by the contrasting expressions of detail and the simultaneous expansion and contraction of the space.  I manipulated the combined images on the computer, and had the result printed on paper. 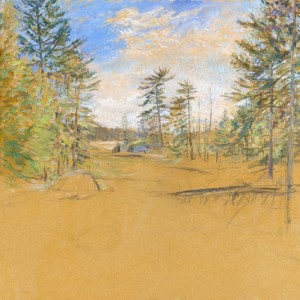 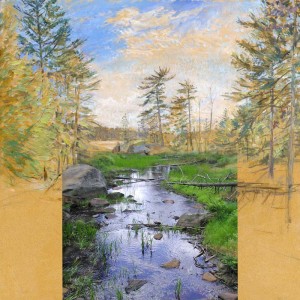 I then painted on the print , working mainly on making some connections between the photograph and the image of the painting, as seen at the top of the page.

The sixteen works selected for the exhibition represent the various ways that I have intentionally used the hybrid approach since that first “happy accident.”

I did finish the original painting as well as another in slightly different light:  Opening: Barnum Brook 2006,  acrylic on wood panel, 20×20″ 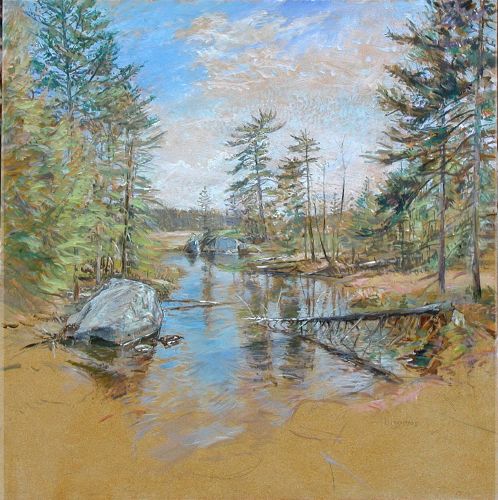 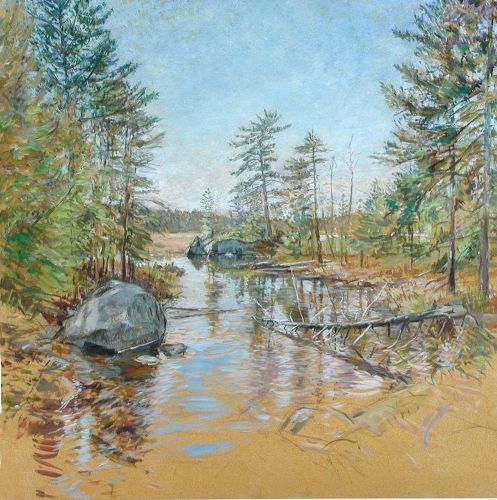